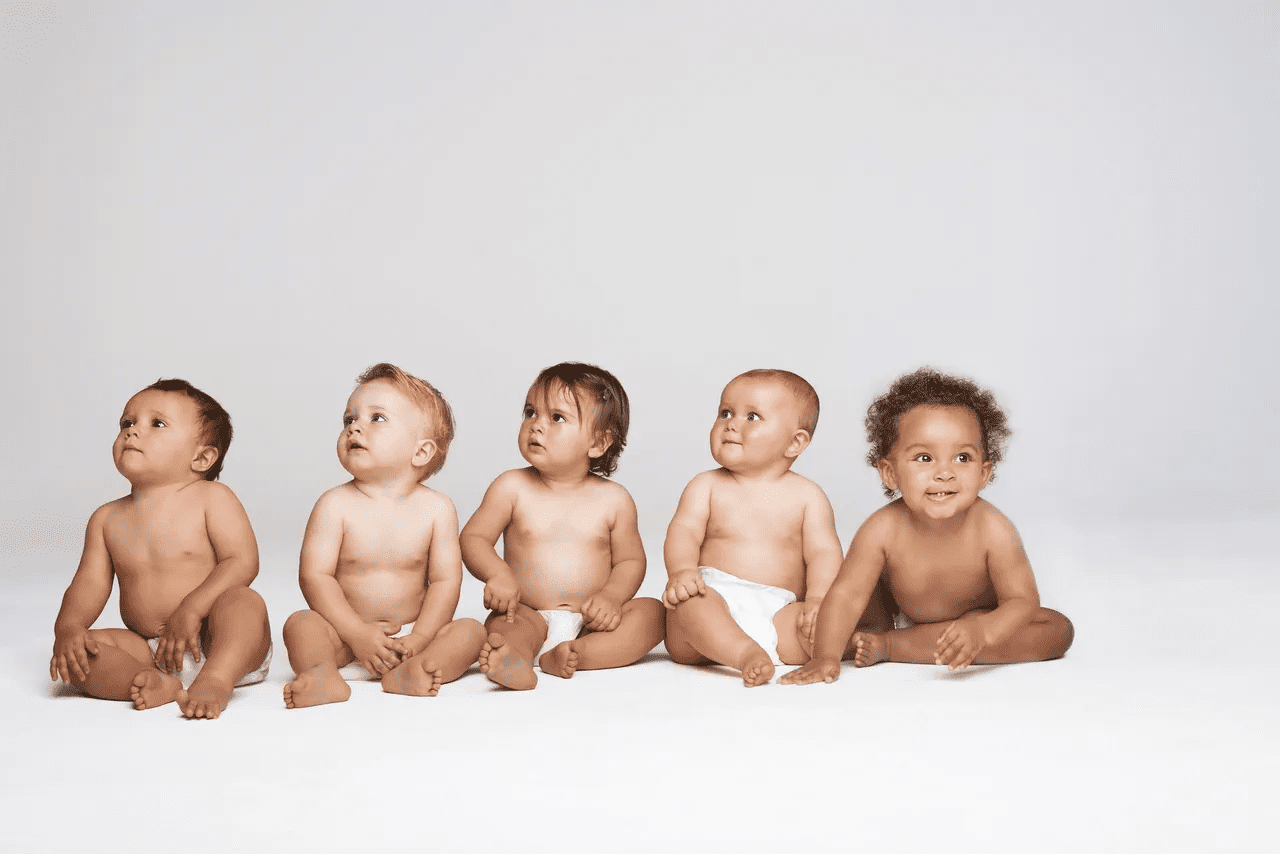 Bringing a new baby into the house is a glorious, exciting, terrifying occasion, especially when you have one or two already, and it can bring up a whole lot of questions.

How are the older children going to react to their new sibling? Are they going to embrace the role of older brother or sister? Will they turn into jealous little clingers who need constant attention and reassurance? How will their schedule fit in with your newborn’s naps and feeding times? And maybe most concerning for anyone who’s clawed and scraped to get their little one sleeping through the night, how is this going to affect the older child’s bedtime?

Trying to juggle two or three different bedtime routines can be absolutely mind-boggling if you’re not prepared for it. Trying to find 15 minutes to breastfeed your newborn at the same time you’re trying to get your toddler out of the bath can drive you right out of your mind, and toddlers… they know, they just know that you’re in a position where you’re unable to chase them down and enforce the law, so they have a real tendency to exploit that weakness. They are, and I say this with all the love in the world, sociopaths-in-training.

So today, I have some tips for all of you who have two or three balls in the air, kid-wise, and are struggling to find a bedtime groove.

1. Have one bedtime for all the kids in the house.

A lot of parents I work with are surprised when I suggest that their 3 year-olds should be going to bed at 7pm at night, but even at that age, kids still need between 10-12 hours of sleep a night. That’s not including daytime naps. I’m talking strictly nighttime, so if your toddler needs to be up at 7am, a 7:00pm bedtime is not at all unreasonable. If the idea of running through two or three bedtime routines simultaneously seems daunting, just keep reading. I’ve got your back.

2. Team up and switch off if you can

If you’re among the lucky ones who has a partner or someone else who’s home and available to help you get the kids to bed, put together a list of what needs to get done, split the tasks evenly, and then switch off every other night.

That will prevent either of you from feeling like you’ve got the short end of the stick, sure, but it also gets your kids accustomed to either parent putting them to bed, so if one of you isn’t available on a given night, it won’t throw your little ones into a tailspin just because things are a little different.

We’re all parents here, right? So either through talent or necessity, we’re the undisputed heavyweight champs of multitasking. Trying to run through two or three completely separate bedtime routines is going to leave you exhausted and probably won’t fit the itinerary, so double up wherever you can. Let the kids take a bath together, feed your newborn while you read your toddler a bedtime story, sing songs together while you change baby’s diaper, and so on. Wherever you can overlap, milk that opportunity for all it’s worth.

4. Meticulously craft and adhere to a 15-30 minute bedtime routine.

Bedtime routines are absolutely vital to getting your kids sleeping through the night. It’s not just a great way of keeping them on a clock, although that’s a huge benefit, but it also serves as a signal to their brains and bodies that bedtime is approaching which stimulates melatonin production and dials things down internally to prepare for a long, rejuvenating night’s sleep.

A bath is a great place to start since it’s so noticeably different from everything else kids do during the day. It’s a strong signal that sleep is just around the corner.

5. Save a special activity for bedtime

Typically it will be the older child who’s capable of entertaining themselves for a little while as you’re busy finishing up with your youngest. It’s not always the case, but whichever way it breaks in your house, come up with a non-screen-related activity that will keep your toddler entertained and quiet, and make it exclusive to that fifteen minutes or so that you need one-on-one time to put the baby down. Don’t make it too stimulating or open-ended or you could end up in a skirmish because your child’s bedtime activity is too much fun to put down. A special coloring book is a great option.

Toddlers love structure and predictability, so giving them a helper position when you’re putting your younger child to bed is a great way to keep them occupied and give them a feeling of accomplishment just before they head to bed. Show them where the diapers and baby creams are stored and have them bring you the goods as you’re getting your baby for bedtime.

7. Stick to your guns

Toddlers test boundaries in a constant, systematic fashion. “I’m not allowed to throw a basketball in the house? OK. Let’s see if I’m allowed to throw the tennis ball in the house!” And now that you’re splitting your attention between them and a new baby, you might feel a little indebted to them. That’s totally natural, but changing or bending the rules is likely to upset them more, not less. As I mentioned previously, kids thrive on predictability and structure. If they suddenly get the feeling like the fences are down, they typically feel a little lost and that’s going to lead to more tantrums, not fewer. So keep the routine and the expectations as close as possible to the way they were before their sibling arrived.

8. No matter how bad it gets, no matter how tempted you might be, don’t let your toddler watch TV

I know how quickly and effectively putting your child in front of the TV or handing them your phone can buy you a few minutes of peace and quiet, but screens are the ultimate swindler. They’re charlatans. Wolves in sheep’s clothing. Because the entire time that they’re holding your child’s attention, they’re flooding their eyes with blue light. That might not seem like a bad trade-off for 15 minutes of time to tend to your baby, but blue light stimulates cortisol production and inhibits melatonin, so those fifteen minutes of peace and quiet could very easily cost you hours of trying to get your overtired child to settle down for the night.

9. Accept the fact that it’s not always going to go smoothly

These are, after all, young children we’re dealing with, so if things start to go off the rails a bit, don’t look at it as a failure on anyone’s part. They’re going to have regressions, tough nights, and the occasional meltdown, but staying calm and level-headed is the best thing you can do to avoid escalating those situations into something more frustrating and upsetting for everyone involved.

10. Embrace the peace and quiet

Once you’ve got everyone in bed, take at least five or ten minutes before you check your email, start a load of laundry, or catch up on whatever responsibilities you’ve got to tend to, and just let yourself unwind. I don’t need to tell you that this parenting thing is a stressful gig, so when you get a moment to pat yourself on the back and find a little zen in your life, you should fall face-first into it, and the moments right after the kids fall asleep are a prime opportunity to do just that. So celebrate the Superhero that is you!