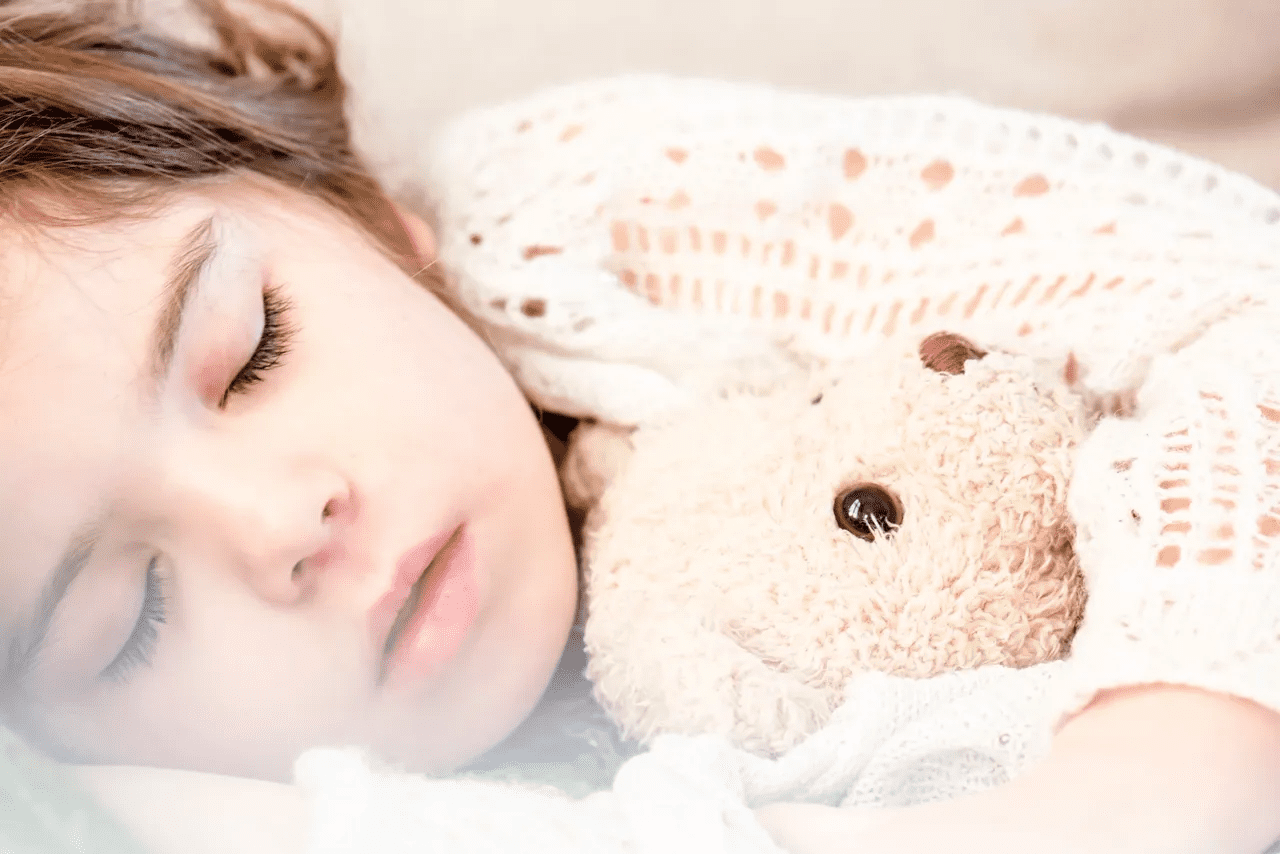 I used to think that snoring babies were absolutely adorable. After all, what better indicator is there that your baby is fast asleep and getting the rest they need than the sound of them purring away in their crib? As a mother, the sight of your baby sleeping means they’re relaxed, feeling safe, and content with everything around them. I always get that “I’m a good mom” feeling when I look at my babies sleeping peacefully, and a little snore seemed harmless and cute.

Unfortunately, that sense of peace and serenity I used to get at the sound of a snoring baby turned out to be misconstrued. Now that I’m a sleep expert, I know that snoring and mouth breathing are both cause for concern.

That might sound inflammatory, but I assure you, I’m not fear-mongering here. Now, anyone who has ever taken a meditation class, dabbled in yoga, or trained for an athletic challenge of any kind will tell you that proper breathing has incredible benefits, and that proper breathing, by definition, is done through the nose.

There are a few reasons why nose-breathing is better for you than mouth-breathing, and they are not minor benefits. Breathing through your nose increases the amount of oxygen we get to our lungs, expels more carbon dioxide, lowers our heart rate, increases lymphatic flow, and reduces stress on the heart. It also produces nitric oxide, which helps expand blood vessels and increases blood flow, and all the hairs and mucous in the sinuses help to filter out impurities from the air. Mouth breathing, on the other hand, has some pretty nasty downsides. Long-term, chronic mouth breathing in children can actually affect their facial growth, mess with their teeth, cause gum disease, throat infections, stunted growth, and a little closer to my heart, lack of quality sleep.

So, again, I’m not trying to make anyone paranoid by writing this, but out of all the conversations I’ve had with parents, I would have to say that mouth breathing ranks somewhere below “abducted by aliens” on the list of parental concerns, so I wanted to call some attention to it.

Facial deformities and TMJ disorder aren’t really my area of expertise, but when it comes to sleep, I know my stuff, so allow me to expand a little on why snoring can ruin an otherwise wonderful, rejuvenating night. As you probably already know, we all sleep in cycles. We go from a very light sleep into deeper sleep, then deeper still, and then into the dreaming stage known commonly as REM sleep. During that first stage of light sleep, as well as in the REM stage, we’re very easily woken up. The cat jumping on the bed, your partner rolling over, or involuntary muscle twitches can startle us out of our glorious snoozing session, and then we’re back to the starting line, trying to get back to sleep. In adults, these cycles last around 90 - 110 minutes, but in babies, they’re closer to 45, so the opportunity for them to wake up occurs more frequently over the course of a night. (Which, I’m sure, isn’t news to anyone reading this. Every parent knows all too well how often babies tend to wake up. Most delivery drivers probably know it as well, given how many mothers they’ve seen with the death stare in their eyes after ringing the doorbell at the wrong time.)

And what causes baby to wake up in those light stages of sleep? More than anything else, noise. Barking dog, garbage truck, washing machine getting thrown off balance during the spin cycle, and quite often, the sound of their own snoring. That’s not the only reason for waking up, mind you. If their airway is obstructed to the point where they temporarily stop breathing, what’s known as an obstructive apnea, the body tends to startle itself out of sleep. (And I’m sure we’re all happy for that little fail-safe, even if it does lead to night-time wake ups.)

I have elaborated in detail in earlier blog posts on the benefits of solid, consolidated sleep, as well as the detriments of sleep deprivation. Suffice it to say, your baby needs a lot of sleep, and it’s bad for them in a whole lot of ways if they don’t get it. So if your baby is snoring, you should absolutely, positively take action.

So that brings us to the question that every person who’s ever slept next to a snorer has asked themselves. “How on earth do I stop this person from snoring?” The first thing you should do is grab your phone and make a recording of your little one breathing while they sleep. The second step is to take that recording to your paediatrician and play it for them. Just going to the doctor and telling them your baby’s snoring might not spark a lot of concern on their part, but being able to demonstrate the severity of the issue can light a little fire under their butts and prompt them to refer you to a respiratory specialist. Removal of the tonsils and/or adenoids is often the next logical step if their airways are significantly blocked. Don’t panic though. The process isn’t nearly as intense as it might sound and is quite commonly performed.

If your little one’s snoring isn’t severe enough to warrant surgery, however, you might benefit from some nasal strips, which you’ve probably seen advertised. They’re just thin strips of metal in a cotton sheath with adhesive on the back that stick to the outside of the nose and gently pull open the nasal passageways. It’s not the most elegant solution, but it does solve the problem temporarily. Just a final note to add here. If your baby is sick or congested, don’t jump to the conclusion that their snoring is permanent. A little nasal congestion due to illness can cause baby to snore, but it should clear up when they get better. Try using a nasal bulb to suck the ickiness out of their nose and then a saline solution to clear up the passageways.

I know that, as mothers, we’ve got plenty to worry about without throwing unnecessary concern into the mix, but if your baby’s snoring, it can have some serious consequences, and you should take it seriously. It’s preventable and a better night’s sleep is waiting on the other side of the solution for your baby as well as the rest of your family.